In Memory of Tom (Tommy) Shaw 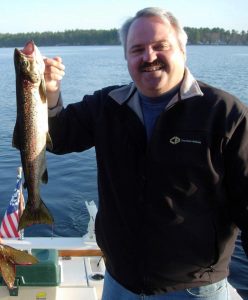 It is with great sadness that we inform you of the passing of Tom Shaw. Tom was one of the founders of GSG.  He, along with his brother, started and built one of Maine’s most successful construction companies when he was just out of high school.

If you ever spent time with Tom, you knew he was different. Even as a young man he seemed older and wiser. Maybe it was the way he grew up, maybe he was just an old soul. He never had time for nonsense. There was always something to achieve. He always had a way to push others to do more, do better. Although he was only given 55 years on this planet, his impact will be felt for decades to come.

Tom’s mind never stopped moving.  There are many stories that could be told about the process of building GSG, and the long hours spent working with his brother Jimmy.  Over the years Tom and Jim added talented, professional co-workers to complete the tasks that a growing construction company needs.   As smart as Tom was, he knew what he didn’t know, and which task others had more talent for. Tom said quite often, “You need to be smart enough to hire someone smarter than you.”  He and Jim agreed on the philosophy that “there can only be one boss.”  The first two decades of GSG, no one could deny that was Tom.   As the company grew Jim’s focus on jobsites and oversight of the day to day grew.  Tommy’s efforts then focused on land development and aggregate acquisition.  Tom went from President to VP as his brother Jim took the reins.  Under Jim’s leadership the company has continued to grow.  Although there is no doubt this loss is difficult, we are confident the talented team will rise to the occasion. 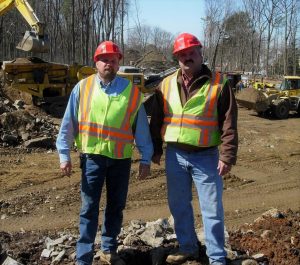 While no one can ever plan for every possible scenario, Tom and Jim have a knack for having contingency plans for likely possibilities.  Although it was clearly never the plan that Tom would leave us so soon.  Any good business should be prepared.  To their credit Tom and Jim put those contingency plans in place more than 15 years ago.  The transition will not be without its challenges, but we are confident the framework exists for GSG to remain strong and focused on the work at hand.

Tom was passionate about family, especially his kids, and many nieces and nephews.  He had a spectacular sense of humor although you wouldn’t see it until all the work for the day

was done. He had a huge sense of responsibility. That was the driving factor in his life. Responsibility to his family, to his brother and partner Jimmy, to his co-workers. If he made a promise, it got done.  That is ingrained in our DNA at GSG and will be our lasting tribute to Tom.

Tommy believed in Freedom and the American Dream. If you are so inclined to honor him, you can do so by supporting anyone who holds those values, either by your effort or your contributions. Just tell them, “This is from my friend Tommy.”